Taken from the band’s latest album Nocturne,  the video shows short scenes of Williams’ character on a long flight to her own ‘paradise’ as she recites a special video-exclusive monologue against the haze of the band’s dream pop synths and vocals.

The pixie-cut actress fits perfectly into the nostalgic, 80s-inspired video as she looks out from the plane and at the waterfalls at her destination, smiling as she realizes that “everything had been changed, and made beautiful and good“.

… I could forgive
I could be forgiven
Perhaps that was the whole of it after all
Perhaps being forgiven was just forgiving
Only no one had ever told me
There was nothing else needful
Just forgive
Forgiving equals being forgiven:
The secret of the universe
Do not, whatever you do, forget…

… The past was folded up
And in the twinkling of an eye,
Everything had been changed
And made beautiful and good 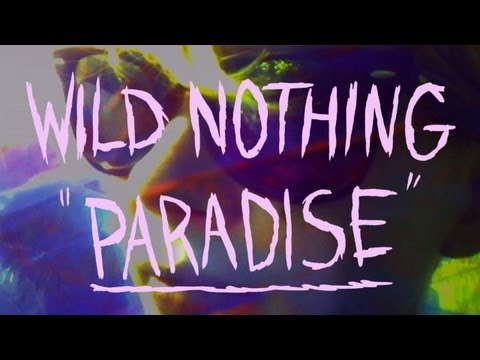