The angelic voices of students from the choir of Public School 22 in Graniteville, Staten Island, have once again taken a song and made it their own. The elementary school choir’s latest video features a cover of Tame Impala’s second single, ‘Feels Like We Only Go Backwards’ from the band’s sophmore album, Lonerism.

With beautiful harmonies from two kids showcasing their soulful voices and the rest of the chorus supporting them with collective backing vocals, the track is instantly transformed into something new and in its own way, something more powerful.

Even the originators of the song, Tame Impala, were blown away as they shared it on their Facebook page with only three words to describe it:  “HOLY BAJOLY BATMAN.”

These kids aren’t amateurs, though. From providing supporting vocals for indie pop outfit Passion Pit to collaborating with artists like Ingrid Michaelson, Yuna, Tori Amos and Little Dragon, these kids are not to be messed with! And with 57,000 subscribers on their YouTube channel, it’s safe to say that they’re becoming one of the most recognised choirs in the world. 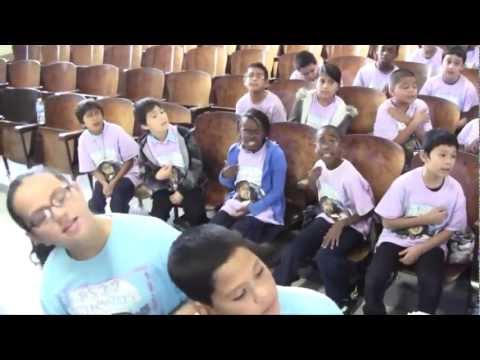