At the very moment I start listening to Kaspars ‘Kaps’ Kalnins’ experimental solo project Autogen, I at once feel a vast landscape, unknown, but not at all unfamiliar.

Mutagen is an album of rough ambient textures that complement what is a very industrial echo of a post-apocalyptic dream.

While basking in leading track ‘Too Late’s’ waterfall of minimal surrealism, I am transported to the world of Tarkovsky’s, in particular the brilliant scape created in Stalker. Through ‘Too Late’ and ‘Therapist’, the next track on the album, Kaps slowly introduce us to his surreal atmospheres.

With ‘Obsolete’ and ‘Pungent’, the mood of the album changes to a rhythm that would complement journeying across a wintry Latvia on the LDz (Latvian Railway).

Further on in the album, songs like ‘All Becomes Glass’ and ‘Frenzy’ became a little too heavily industrial for my tastes, although their placement in the album amongst its milder company makes these songs ‘growers’, the kind that you learn to love after a few listens.

‘Thou Shalt Not’ and ‘In The Evening’, which I feel Kaps has been leading us to through the whole album, are two tracks that are to me, the height of the album. The lilting ambient textures connote the overwhelming sonic scapes he has managed to create.

In Mutagen, Kaps manages to create a journey through a post-apocalyptic land; while struggling for hope in a world filled with despair, a world of chaos.

This incredible album, made over four years, is a must for those wanting to taste cold elektro, dark ambient or industiral soundscapes.

(N.B. once you start it is extremely hard to stop…) 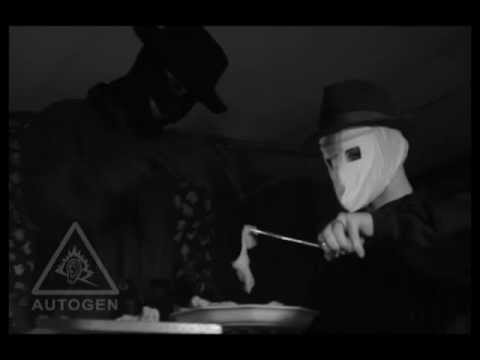